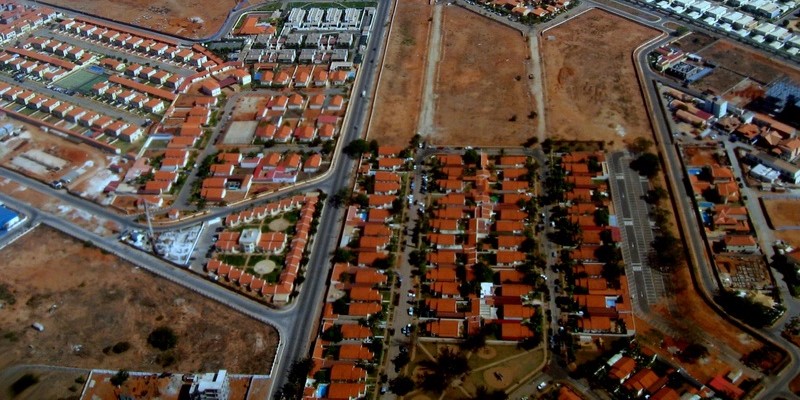 Aylesbury Vale – AVDC has advised the Inspector that it will have prepared modifications to the plan together with an updated Sustainability Appraisal by the end of June 2019. The modifications will be published by the Council to give the public an opportunity to make representations on them. This is expected to take place for at least six weeks towards the end of the summer. The Inspector is likely to consider the new representations made in the autumn of 2019, following which he will issue his final, binding, report.

Bexley – Reg 18 consultation has now closed, and publication of the Draft Local Plan is planned for Autumn 2019.

Brentwood – Regulation 19 consultation closed on 19 March 2019 and the local plan is in the process of being finalised and submitted.

Bromley – The Local Plan for Bromley was adopted on 16 January 2019.

Castle Point – In November 2018 the Council resolved to not proceed with the Pre-Publication Local Plan and is now awaiting a decision from the Ministry of Housing, Communities and Local Government with regards to the next steps. It is likely MHCLG will give directions to overturn the council’s decision and proceed with the draft local plan submission, similar to the path taken at Thanet and Wirral.

Central Beds – Further additional evidence on the duty to co-operate, landscape, heritage and transport and an update to the Sustainability Appraisal was submitted by the Council on 28th January 2019 at Inspector’s request. Hearing Sessions commenced at 10am on Tuesday 21 May 2019 and will finish on the 26th of July 2019.

Chelmsford – The Independent Examination hearing sessions took place in November and December 2018. The Council are in the process of assessing the implications that proposed main modifications would have on the policies, designations and maps contained within the Local Plan. These will be submitted for inspector’s agreement in due course. The modifications are likely to be consulted on in the summer and the plan adopted in the autumn.

Cherwell – A Partial Review of the adopted Cherwell Local Plan 2011-2031 (Part 1) is in preparation to help meet the unmet housing needs of Oxford. The Inspector resumed the Hearing Sessions on Tuesday 5th February 2019. The council is also preparing a Part 2 to the Adopted Local Plan 2011-2031 (Part 1) which will contain non-strategic site allocations and development management policies.

Dacorum – A pre-submission Draft Plan is expected in August 2019 while the Council continues undertaking the Duty to Co-operate and public and stakeholder engagement.

Dartford – Regulation 18 public consultation was held in June/ July 2018. Public involvement in the next stage in drafting the Local Plan is expected in summer 2019.

Dover – The council will be in the evidence gathering stage until December 2019. Consultation on draft Local Plan (Regulation 18) is expected to take place between January and March 2020.

East Herts – East Herts’ District Plan was adopted at an Extraordinary Council on the 23 October 2018.

Elmbridge – On 30 October 2018, a new Local Development Scheme was approved and sets out the work programme up to 2021. Regulation 18 consultation is now planned for August/September 2019.

Epping Forest – The Local Plan has been submitted for approval and Ms. Louise Phillips from the Planning Inspectorate has been appointed to carry out the independent Examination. The hearing sessions finished on 12 June 2019. Her report is awaited, but not expected until the summer – significant modifications are expected and there is an issue with air pollution and Epping Forest.

Folkestone and Hythe – The Council submitted their Places and Policies Local Plan to the Secretary of State on the 28th September 2018 for independent examination. The Planning Inspectorate has appointed Mr Jameson Bridgwater to oversee the examination process. The hearings commenced on 14 May 2019.

Harlow – Hearing sessions finished on Thursday 4 April 2019 and Council is expecting Inspector’s final report although not until the summer. Progress is expected to now be made on the town centre Area Action Plan.

Havering – Following the hearings which took take place between the 9th and 19th of October 2018, the examination was suspended to allow the Council to complete the required additional work. The reconvened examination took place on Wednesday 29 and Thursday 30 May.

Hertsmere – The council is undertaking targeted public and stakeholder engagement in preparing the plan (Reg 18). Issues and options consultation is expected in March 2020.

London Plan – A panel of inspectors have been appointed to review the plan and examination hearings concluded in May 2019. The inspectors’ report is awaited, although not in the near future.

Maidstone – New Local Plan was formally adopted at Full Council on 25 October 2017. The Council is already preparing its review and its call for sites closed on Friday 24 May 2019.

Maldon – The Secretary of State Approved the Maldon District Local Development Plan on 21 July 2017. A review is to be completed by 2022.

Milton Keynes – Plan:MK, the local plan setting out how Milton Keynes will grow until 2031, was approved for adoption by full council in March 2019.

Mole Valley – The Preferred Options consultation is now expected to take place between 21 October and 1 December 2019. Prior to the publication of the consultation, all Council Members will have the opportunity to agree the content of the draft Local Plan at an Extraordinary Council meeting on 15 October.

North Essex Authorities (Braintree, Colchester and Tendring) – The local plan EiP was suspended in June 2018 pending submission of further evidence (June/July 2019) from the three authorities to address the inspector’s concerns about viability and delivery of the three garden communities. EiP expected to recommence in autumn 2019.

North Hertfordshire – The Inspector is currently reviewing and considering the representations made in response to the recent consultation on draft Main Modifications, of which there are many, and evidence produced during and after the hearings.  Once he has completed this, he will indicate the way forward for the Examination and the likely timescales.

Reigate and Banstead – Main Modifications were published for public consultation between 6 March and 18 April 2019. All responses received have now been collated and submitted to the Inspector for consideration.

Runnymede – The Council submitted the Plan to the Secretary of State on 31st July 2018, and hearing sessions took place in November 2018 and February 2019.  On 22nd March the Council published an update note concerning progress of the outstanding work on Highways matters at the Inspector’s request. The Stage 3 hearings are provisionally scheduled for the week commencing 15 July.

Southend-on-Sea – Issues and Options consultation closed on 2 April 2019, with Preferred Approach consultation estimated to take place in Winter 2019/2020. There is potentially a new garden settlement to the north of Southend, also part of Rochford.

South Northamptonshire – GJ Fort BA (Hons) PGDip LLM MCD MRTPI, was appointed to conduct the examination into the soundness of the submitted plan. Hearings are taking place between Tuesday 11 June and Friday 21 June.

South Oxfordshire – South Oxfordshire District Council submitted the Local Plan 2034 to the Secretary of State on Friday 29 March 2019. Jonathan Bore MRTPI and Nick Fagan MRTPI have been appointed to undertake an independent examination.

Spelthorne – The council is undertaking additional work in order to respond to the Heathrow Expansion proposals. As a result, they are now intending to hold the next public consultation on Preferred Options in October 2019.

St Albans – Following submission of the Local Plan 2020-2036 in March 2019, Inspectors Louise Crosby MA MRTPI and Elaine Worthington BA (Hons) MTP MUED MRTPI have been appointed by the Secretary of State to carry out the independent Examination. Provisional hearing session dates have been set for w/c 14 and w/c 21 October.

Tandridge – The Council has submitted its local plan to the Planning Inspectorate for examination and Inspector Philip Lewis BA (Hons) MA MRTPI was appointed to conduct the examination in January, with hearing dates to be announced shortly.

Thanet – Hearing started on 2 April 2019 but due to the Inspector’s illness the two last weeks have now been re-scheduled to take place between 9th and 19th July.

Thurrock – Reg. 18 (Issues and Options Stage 2: Spatial Options and Sites) took place in July 2018. Reg. 19 was planned for September 2019 but has been delayed following the publication of the revised NPPF.

Tonbridge and Malling – The Tonbridge & Malling Borough Council Local Plan was submitted for examination on Wednesday 23rd January 2019 and the Secretary of State has appointed Inspectors Simon Berkeley BA MA MRTPI and Luke Fleming BSc (Hons) MRTPI to carry out an independent examination of the Local Plan. Hearing sessions have not been scheduled yet.

Uttlesford – The Uttlesford District Council Local Plan was submitted for examination on 18 January 2019 and the Secretary of State has appointed Inspectors Louise Crosby MA MRTPI and Elaine Worthington BA (Hons) MT MUED MRTPI to carry out an independent examination of the Local Plan. The hearing sessions will take place in two stages and will open at 10am on Tuesday 2 July 2019.

Vale of White Horse – Following the examination, The Schedule of Proposed Draft Main Modifications Consultation run until 1 April 2019. The Inspector will now consider all representations submitted before publishing his final report.

Waverley – The council is completing additional work on the Local Plan Part 2 and it is expected that the Reg. 19 Consultation will take place in Summer 2019, with submission in Winter 2019.

Welwyn Hatfield – Consultation on sites promoted through the Call for Sites 2019 is now live and runs until 18 June 2019. According to the Council’s revised Local Plan timetable, hearings will be resumed in November 2019, with a view to consult on main modification in Jan-Feb 2020 and adopt in June 2020.

Woking – Site Allocations DPD consultation (Reg. 19) ran until 17 December 2018 and submission to Secretary of State is expected in June/July 2019.

Wycombe – The consultation on proposed modifications ran from 13 February 2019 and to 27 March 2019. The inspector will now consider the representations before deciding how she wishes to proceed with the Examination. Should the Inspector decide that no additional Hearing Sessions are necessary, her report is expected early in the Summer.