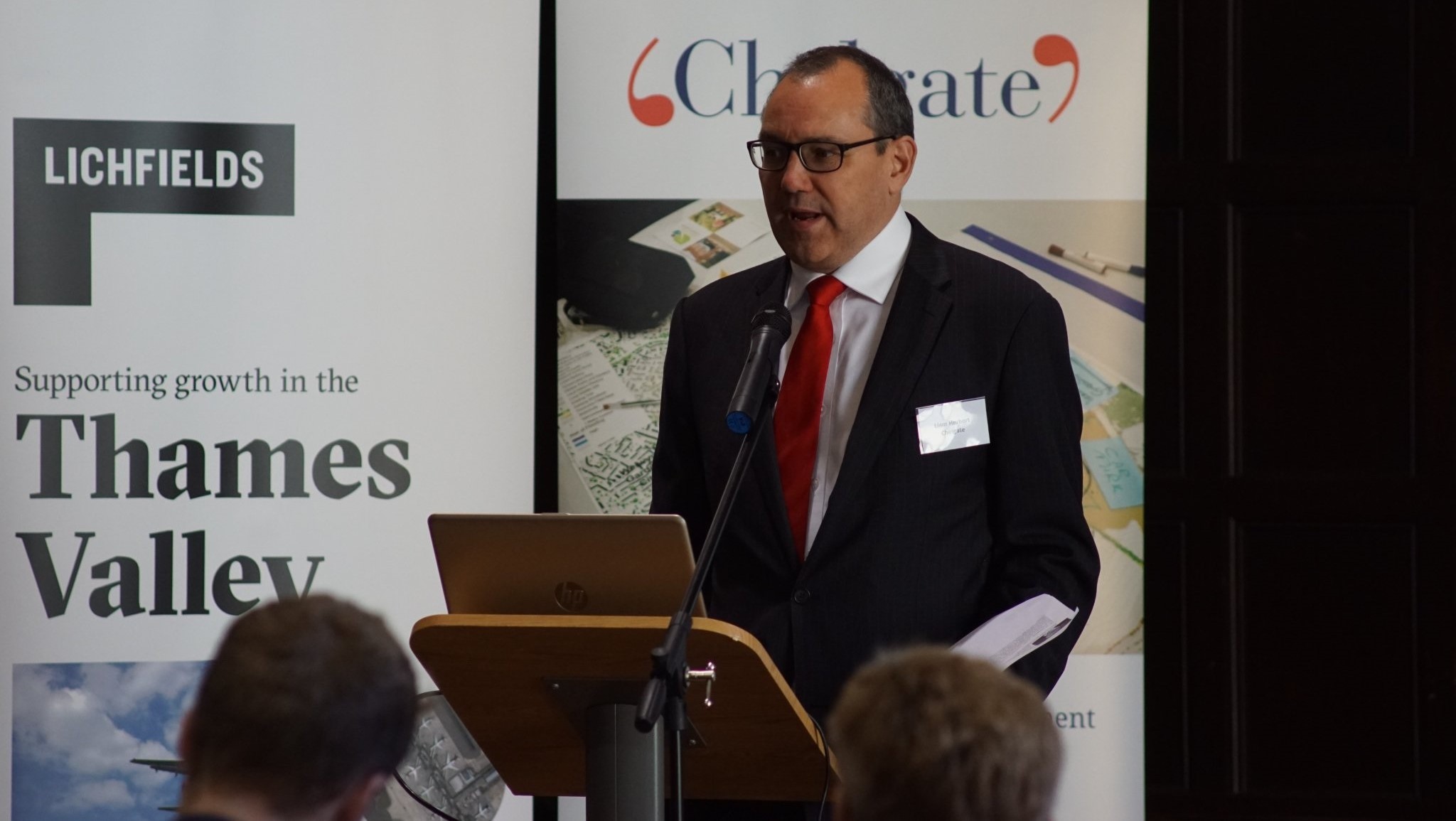 Chelgate Local’s latest breakfast briefing took place last month in Oxford Town Hall where our guests discussed how potential growth in Oxford and Oxfordshire will be unlocked and managed in the coming years. Our co-hosts Lichfields, the Leader of Oxfordshire County Council and Chief Executive of the Oxfordshire Growth Board outlined how the various projects will be brought together to deliver growth in the city and the county. The Oxford-Cambridge Arc aims to deliver one million new homes but initiatives, such as City Deal, local housing through the various local plans and the Growth Deal are set to facilitate 100,000 of those new homes by 2031.

Liam Herbert, Chelgate’s CEO, opened the proceedings by giving a warm welcome to the speakers and guests gathered in the Old Library. He was followed by Daniel Lampard, Senior Director at Lichfields who outlined the drivers of housing pressure that Oxfordshire is facing such as Heathrow expansion, London’s overflow, ageing population and investment in the Ox-Cam Arc. He noted that despite many constraints in the region, Oxfordshire Growth Deal and Oxfordshire 2050 Plan provide solid solutions to the anticipated growth.

Next, Nigel Tipple, Chief Executive of OxLEP presented the impressive state of Oxfordshire’s economy and what the Oxfordshire Local Industrial Strategy can deliver in the future in the context of artificial Intelligence and data, ageing society, clean growth and future of mobility. He acknowledged that maintaining the growth trajectory will be a challenge given a very tight labour market of just 0.4% of Oxfordshire population available for employment. However, a clear government support and emerging governance arrangements across the Ox-Cam Arc can contribute to the success of the project.

Finally, Cllr Ian Hudspeth, Leader of Oxfordshire County Council identified congestion as one of the major issues for the county. He said that A34 especially, has a major negative impact on the local economy. He also pointed out that the Oxford -Cambridge expressway is a road project first and foremost, and it was the later added infrastructure commitments alongside it that contributed to the rising criticisms of the project. He added that the often-cited number of 1million homes is highly exaggerated as it includes homes already allocated in local plans across the region. He endorsed sustainable development in the region and stressed that such sites should be located next to existing stations and employment areas, even if they are in the green belt.

The chair opened the floor for questions from delegates who asked the panellists about the potential effect of the looming political change in the central government as well as recent changes in South Oxfordshire District Council on investment in Oxfordshire. They were also curious to hear about what the authorities think is needed from developers to help deliver the homes and how to make the vision of growth more appealing to local residents.