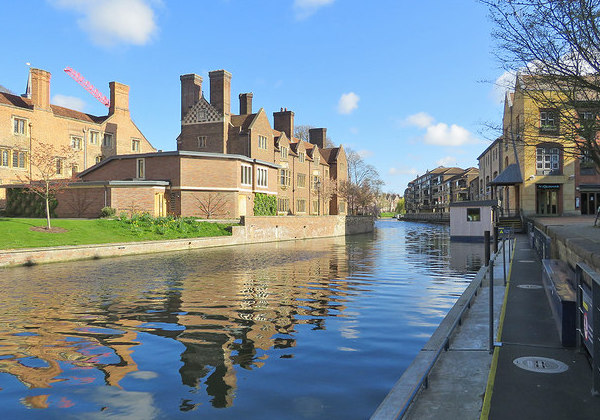 The future of Cambridge

Cambridge has experienced high rates of economic growth for decades, with a particular emphasis on business research centres that lead the world in science and innovation.  It does, however, face an historic challenge in being able to provide affordable housing despite the city thriving economically.

The Estates Gazette (EG) held the Future of Cambridge online event earlier this month to discuss some of the major upcoming projects in the life sciences and tech sector, as well other potential  residential development schemes. It also addressed some of the issues currently faced by the city, particularly on the lack of affordable housing front.

Professor Phil Allmendinger of Cambridge University, one of the keynote speakers of the event and expert in planning, said that whilst Cambridge was successful on a broad range of elements such as being economically vibrant and being one of the front runner cities in the life sciences and tech,  it lacks  the social value element.  This is also a key element in defining a successful city. He went on to explain that whilst the Government has looked at forthcoming planning reforms from an economic and a beautiful built environment perspective, it has failed to focus on social value element each city should bring to its people.  He said that the built environment will be key in providing that social value element to cities and to aid the post pandemic recovery period.

Some of the challenges that Cambridge currently faces is the unaffordability of housing, and lack of key worker housing. To address this, Rob Sadler of Savills, talked about the forthcoming projects it is involved with.  Major developments are set to come forward north of Cambridge with major business and innovation park extensions, such as the Cambridge Business Park, Cambridge Science Park and St John’s Innovation Centre. These come under the Cambridge Northern Cluster. These are also set to bring forward housing and infrastructure provisions such as a train station. In particular, the relocation of the Marshall Cambridge Airport will free up land to bring forward a residential scheme for thousands of new homes, including affordable homes and homes for key workers. The relocation of the airport will also result in five million square feet of business space.

The Oxford-Cambridge arc will also be key in unlocking the growth of Cambridge. The Arc contains some of the UK’s most productive and innovative towns and cities that deliver growth and prosperity for the whole country. Government recognises the potential of the Arc as strategically important for national economic growth. The Arc could also deliver up to one million new homes and deliver 1.1 million jobs by 2050.

Cambridge is also at the end of the ‘Innovation Corridor’. It runs from London up the M11 and includes the Sanger Institute at Chesterford where the human genome project is, the new home of Public Health England at Harlow and numerous new science and innovation parks along the way.

It is clear that Cambridge is not shy of attracting investment and growth, but house prices continue to outweigh wages and the proposed Government planning reforms will present the city with further problems of affordability. Whilst the Oxford-Cambridge Arc and Innovation Corridor will play a significant role, developers will need to be agile in delivering discounted and affordable homes in Cambridge. Only then will Cambridge be identified as a successful city in all elements in respect of economics, innovation and social value for its people.