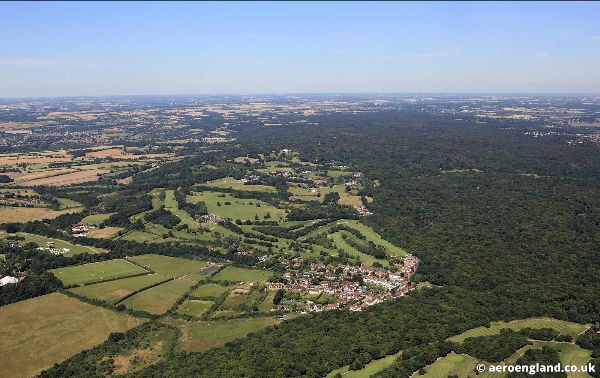 Essex County Council (ECC) ran its first developer engagement event in November. This initiative has been instigated by Michael Hardware, in his role as ECC deputy cabinet member for economic development.  The concept is based on Chelgate Local’s successful live planning events which we ran during lockdown. The aim is to provide developers and their consultants with access to the senior politicians and officers who make policies and strategic planning decisions on a range of topics for the county.

This first event, on skills and training, was chaired by Cllr Tony Ball, cabinet member for economic development. There were presentations from Cllr Ray Gooding, ECC cabinet member for education and skills, and Hassan Shammi, ECC commissioner for skills development. Industry and education perspectives were given by Richard Davidson, director of contractor Wilmott Dixon, and Will Allanson, deputy principal at Harlow College, respectively.

Even before the pandemic, youth unemployment was disproportionately high. The onset of COVID-19 has led to a massive increase in unemployment generally, but particularly for younger generations, exacerbated this divide further. It is set to increase even more as the furlough schemes conclude this year.

The Government is looking to stimulate the post-pandemic economy through construction and housebuilding. These industries are the best paths for training and retraining for the unemployed, especially younger generations.

The lack of awareness among young people of construction and the wide range of careers available was mentioned. With reduced careers advice, the industry must do more with schools to address this. Richard Davidson from Willmott Dixon pointed out that parents were also a key audience as they are obviously important influencers. They are currently viewed as an obstacle to more young people entering the industry due to the perceptions they hold.

ECC has introduced new skills plans in the revised Developers Guide. These will be used with S106 negotiations during planning applications and very much viewed as being a help in providing more skills and training opportunities locally. ECC’s plan to reduce the threshold from 200 to 50 units will bring more projects within the scope and provide even more opportunities.

The potential of levy transfers was also raised. This is where instead of returning unused training levy money to the government, it is transferred to another body that can deliver training. Many smaller organisations do not have the time or facilities to provide training, although they do have the need. There has been a successful system for pooling levy monies operating in London for some time and it is hoped a similar scheme can be created in Essex.

The next event will be on 28th January and will be about the development industry’s role with climate change. This will look at the Essex Climate Commission, in particular the Built Environment Workstream, and the role of developers in the Commissions deliberations and delivering the outcomes. The event is again being run in conjunction with the Essex Developers Group and will be chaired by Cllr Tony Ball. Cllr Simon Walsh, cabinet member for environment and climate change action will be a speaker with other speakers to be announced during the coming weeks.

Other topics in the coming months will include infrastructure when participants will hear about future plans from Cllr Kevin Bentley, cabinet member for infrastructure and ECC deputy leader, garden communities and the long term impact of COVID-19 on development.

If you are interested in attending any of these please email alethea.evans@essex.gov.uk and you will be added to the invitation list.