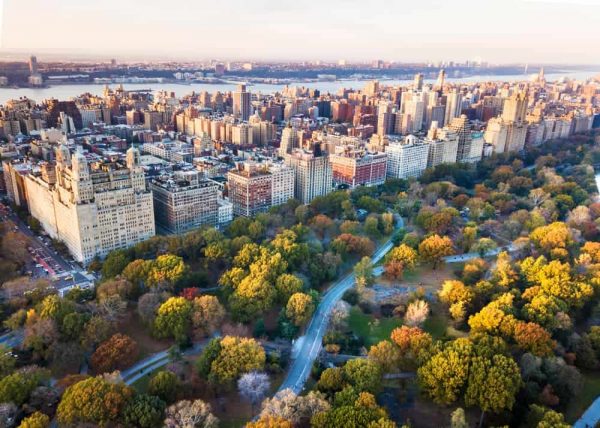 All at Chelgate Local wish you a very happy New Year

The past year has been one many will understandably want to forget, but it will be remembered for a long time. Chelgate sent its staff to work from home on 10th March which, at the time, seemed a little drastic. The firm worked throughout the lock down although much of the industry did not.

Not content with just dealing with Covid, the Government also had other plans. It should be remembered at the start of the pandemic it was only a few months since the General Election – this was a new Government with manifesto commitments it wanted to deliver.

MHCLG decided the middle of a nationwide lockdown was a good time to bring forward proposed reforms to planning in the form of a Planning White Paper for consultation. It was perhaps a little taken aback by the 40,000+ responses it subsequently received. It does, however, broadly accept that there is more work to be done to refine the proposed reforms. The reforms were viewed politically as being difficult: imposing centrally devised planning policies locally and shifting the focus to the plan making process were seen as reducing democracy not improving it – the future role of planning committees appeared to be simply to ‘rubber stamp’ applications and not hear and consider public opinion. There is likely to be a response to the consultation in the spring and it is expected that many of the key proposals will be moderated.

MHCLG also had to backtrack on the New Standard Methodology for housing, which it consulted on in September. Many councils, especially the Conservative shires in the south, raised understandable concerns about the higher numbers they were expected to achieve and the potential impact not only on the green belt but on their majorities in the local elections which will happen this May.

The Government has reverted to the 2017 methodology except, that is, the 20 most populated (and mostly Labour-controlled) urban areas where an additional 35 per cent of new housing will be required. This includes London.

On top of the planning reforms, the Government also decided to informally table even greater potential change through local government reforms. A manifesto pledge, this involved dissolving counties, districts and boroughs into unitary and combined authorities with elected mayors.

This ‘tabling’ resulted in many councils and councillors going into something of a frenzy with a whirlwind of speculation. Informally, MHCLG wanted proposals from all counties by Christmas with the first tranche of unitaries to be created in 2021, with all to be completed by 2024.

Although it would have meant almost all future councils being Conservative controlled, it was the backlash from Conservative grassroots which suggested that this was a step too far. The proposals were subsequently pushed into the long grass for the time being.

The Government is currently consulting on even greater PD rights to be allowed. This is on the back of notable disasters with existing PD rights. Some developers saw opportunities to meet housing demand resulting in London councils placing their homeless people in far cheaper accommodation in the Home Counties. There were significant concerns over the standards of these homes including room sizes, light, lack of amenity and quality of construction. In addition, the impact upon local services such as schools, health centres and on local social services as many had significant support needs, none of which could be met from S106 contributions.

The proposed revisions include wider class E uses being potentially suitable for conversion. These include most non-residential uses such as shops, restaurants,  gyms, surgeries and nurseries, and many more.

The consultation concludes at the end of January and is expected to have prompted mainly negative comments. The Government has already addressed some of the concerns, such as room sizes, and is likely to push ahead with the revisions as it sees this as a way of bringing under-utilised buildings back into use.

There has been much opposition to the planning reforms citing affordable homes as likely to fall as a result. The Secretary of State and other senior politicians have gone to great pains to reassure people that affordable housing will be ‘at least’ the same following the reforms. There are, however, rumours that the exemption threshold for affordable homes could be changed for smaller sites (40-50 homes).

Viability is already an issue in many urban applications and areas with low house prices/land values resulting in affordable housing provisions and S106 contributions being cut, sometimes to nothing. Any change which potentially reduces the provision of affordable homes will be politically difficult.

Hopefully some further information will be forthcoming in the next few months.

Mayor Khan is hopeful that the new plan he has just approved has addressed the various issues raised by the Secretary of State and will be adopted in February. An early review and revision of targets is expected however, especially to address the shortfall on delivery.

Delivery of new housing in the capital will be helped from 2021 by Homes England. It has been given a new role within London to facilitate the release of public sector and brownfield land. We will see how that works during the coming year.

In the aftermath of the trade deal being done with the EU, the Prime Minister took the opportunity to reiterate his pledge to ‘level-up’ the country. Brexit and the trade deal, he said, provides ample opportunity for the whole country to take advantage of our new position in the world, irrespective of whether in the north or the south.

Closer to home, the change to the new Standard Methodology is seen as part of the general levelling-up to take place, in effect shifting new housing further north. The Government has also announced that it will be providing funding to target brownfield land for development, especially in the West Midlands and north west.

Over the Christmas break, the winning bids for the £1billion Future High Streets fund were announced which appeared to favour more towns and cities outside the south east. Of the £831million allocated Sunderland, Tamworth, Kidderminster, Swindon and Birkenhead all receiving more than £20million each, with Worcester, Bishops Aukland, Stockport, Sheffield and Stretford all receiving £10-20million each. The south east was not completely ignored with Southwark in London receiving just under £10million.

It is anticipated that the Government will continue to use the various other funds, such as the £3.4billion Towns Fund, to continue this levelling up in the coming months.

So, what do we have to look forward to in 2021 apart from the roll-out of the COVID-19 vaccines? Although that in itself will please everyone, we also have the response from MHCLG on the Planning White Paper to look forward to in the spring. Perhaps we will also see more information about affordable homes thresholds, the adoption of the London Plan and probably the watering down of the new PD rights currently being consulted on.

Of particular interest in the post-Brexit and hopefully post-COVID world will be the local elections in May. These will be a complicated affair caused by the postponement of all elections in 2020. It means we face district and county elections together, as well as London, Police and Crime Commissioner elections. In some places there are also by-elections, parish elections and referendums for neighbourhood plans.  The electorate will be confused, and the count will be long and complicated.