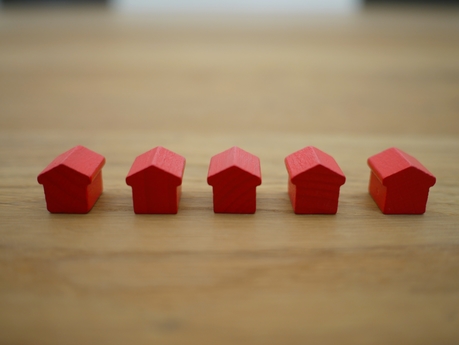 Are we really going to have this debate again?

The Daily Telegraph reported in November that Michael Gove is considering changing the controversial housing targets. It said the minister is looking at how housing need has been calculated as perhaps these are based on out-of-date assumptions.

These ‘back channel’ briefings, however, are often ways for departments to run ideas up flagpoles to gauge reactions and support. But this does ring true of Mr Gove, the new secretary of state for the new Department for Levelling Up, Housing and Communities (DLUHC): he is renowned for his detailed, almost forensic, analysis of issues before making any decisions. Once decided, he is known for making things happen, for delivering reform. Just look at his performance when education secretary.

These revelations do follow wider comments made by Boris Johnson at the Conservative Party Conference in October signalling a possible rethink of the entire housing and planning policy. He said that “beautiful” homes should in future only be built “on brownfield sites in places where homes make sense”.

On the face of it, this was a clear indication of a policy revision, but DLUHC has been at pains to say that the speech did not mark a policy change.

Some councils, however, have now paused their local plans because of it, in order to get clarification. Ashfield District Council and Welwyn Hatfield are two such councils with others likely to follow.

To make matters worse, Mr Gove, was called before the housing, communities and local government select committee where he said: “We want to be in a position where people accept and welcome new development.

“In making a calculation about housing need overall, one of the things that I want to do is to look at how the numbers are generated in the first place.

“Some of the assumptions are probably out of date and some of the ways that those numbers are deployed by a planning inspector can be done in a more sophisticated way.”

But Mr Gove was keen to stress that the Government was keeping to its objective to achieve 300,000 new homes being built each year by the middle of this decade.

Similarly, arguments about housing need have raged for years, and councils told that they could not argue with the figures as they are scientifically based on ONS figures for population growth and household creation. Now Mr Gove is suggesting that the basis of the figures could be out-dated.

Perhaps this is all part of levelling-up agenda with new homes to be built where the land is available and not where the houses are needed, forcing people to move northwards. But the jobs are mainly in the south east.

Now is not the time to be adding to this confusion, local plans are delayed enough. Hopefully, Mr Gove will come through with his solution to our housing problem and it will seek to deliver housing where it is needed. But he also has to address the levelling up agenda and spread prosperity more equitably across the county. We will wait and see.